Go to content
PUPPY DELIVERY
We deliver our puppies Pyrenean Mastiff and Jack Russell Terrier in the following conditions: 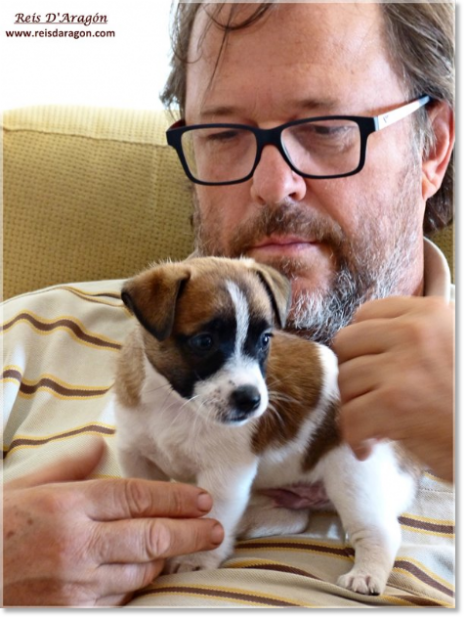 If the puppy is going to travel outside of Spain, it must be taken into account that there is a minimum age for pets to travel, depending on the requirements to accept the entry of animals in the country of destination.

Our puppies are registered in the L.O.E. of the Real Sociedad Canina de España (R.S.C.E.), what does this mean?

What is a pedigree puppy?

Against distemper and canine parvovirus at 6 weeks.

At 8 weeks against distemper, leptospirosis, parvovirus, canine hepatitis and canine adenovirus type 1 and 2.

The veterinarian records in the passport the vaccines supplied, the date the vaccination was made and its validity. 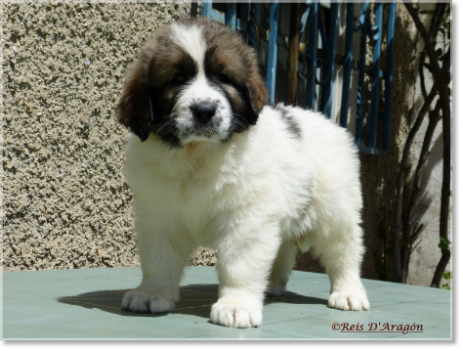 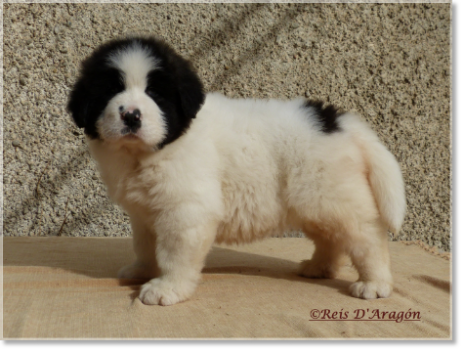 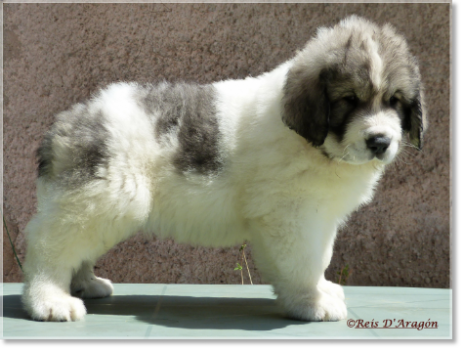 A puppy Reis D'Aragón is a puppy bred with constant care and attention to his development, devoting much time, energy and money.
As a result of our experience and care when we deliver our puppies to you, they are socialized and ready to adapt to their new home.
The price of our puppies is the price for having a puppy raised in the best conditions, from a rigorous selection of the best lines, prioritizing tipicity, character and health.
And we want our puppies have the best possible living conditions, they are not a bear but living beings with all that it means. The arrival of a puppy is an act that involves a commitment for the coming years. 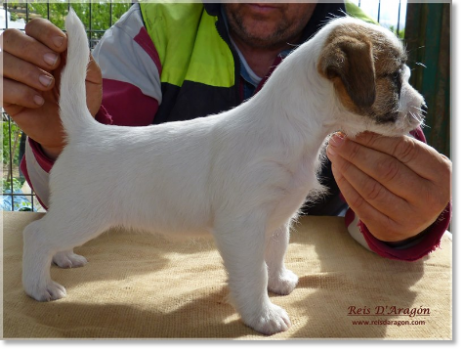 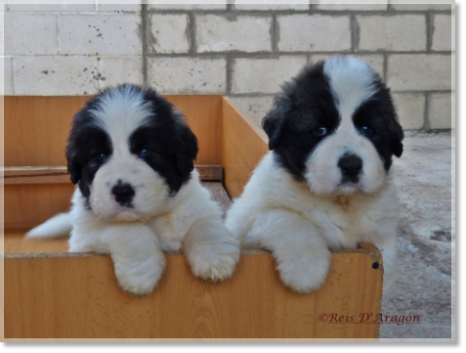 HELPFUL INFORMATION
Our puppies are registered in the L.O.E. of the Real Sociedad Canina de España (R.S.C.E.), what does this mean?
The Libro de Orígenes Español (L.O.E) is the Spanish Stud Book in which the Royal Canine Society of Spain (R.S.C.E.) enrolls purebred dogs wich have recognized at least three full generations. That is, for a dog to be registered in the L.O.E., at least his parents, grandparents and greatgrandparents (the 14 specimens) must be registered in stud books of officially recognized canine entities.
In Spain, for their future offspring can be registered in the L.O.E., the law requires that, prior being used for breeding, stallions and bitchs of Spanish races pass a CONFIRMATION OF BREED, in which they must obtain the result of suitable for breeding. Therefore, being the Pyrenean Mastiff a Spanish breed, both the stud and the bitch of each of our litters have been reviewed by a qualified judge to verify that they don't have major defects or deviations from the standard that can be transmited to their offspring.
The Real Sociedad Canina de España is a member of the Fédération Cynologique Internationale (F.C.I.), which is a global canine organization, it's made up of 86 canine societies of different countries, this implies that the pedigrees issued by the R.S.C.E. are recognized by kennel clubs from other member countries of the F.C.I.
Registration of the puppies in L.O.E. is a certificate that the puppy is purebred, descendant of purebred specimens and with the possibility, at the same time, of having purebred descendants. It is a document admitted in national and international competitions.
For future owners of our puppies has a much greater importance because it involves the security of the dog that will live in their home for the next years is a typical specimen, which meets the standard of its race, both in terms of its looks like its temperament, and later when the puppy has grown it will retain the characteristic features of its race without unexpected variations.
What is a pedigree puppy?
The pedigree of dogs is often talked about, but actually many people are not very clear about what it is.
All our puppies are registered in the LOE of the Real Sociedad Canina de España (RSCE), which is the only official canine society in Spain admitted by the Federación Cinológica Internacional (FCI).
So what is the pedigree?
The pedigree is a document issued by the RSCE and certifies the genealogy of the dog, certifying that the dog is purebred, without unwanted crosses between its predecessors, according to the information registered in the LOE.
How is the pedigree obtained?
If the breeder has registered the litter and puppies, the RSCE will provide him a proof of registration in the LOE for each of the puppies.
The breeder must give this proof to the owners, so that they, if they wish, can request the official pedigree of their dog in their name from the RSCE.
The pedigree can be obtained with the name and registration number of the ancestors of 3 or 4 generations.
Formalities for non-commercial movements of pet animals between European Union countries
To travel between EU countries, dogs must:
Additional requirements (United Kingdom, Ireland, Malta, Norway and Finland):
Related information
About us >
Our breeding and selection
>
Delivery of puppies
>
Testimonials >
Like this page? Share it with your friends
Back to content