Go to content
ORIGIN AND HISTORY OF THE BREED PYRENEAN MASTIFF
The origin of mastiffs in Spain dates back to transhumance in the Middle Ages or much earlier, in the case of the Pyrenean mastiff breed for centuries not only accompanied flocks, but was used to guard flocks, properties and families.
Throughout history in the Iberian Peninsula, as a specific geographic area partly isolated from the rest of the continent, have set numerous types of dogs with specific functionalities, among them in the group of the mastiffs there are two varieties recognized by international canine organisms, the two breeds of mastiffs in Spain are the Spanish Mastiff and the Pyrenean Mastiff.
About the origin of the Iberian mastiffs there are several theories, as most of them they have been brought from the East and crossed with the large dogs that already existed in the peninsula. 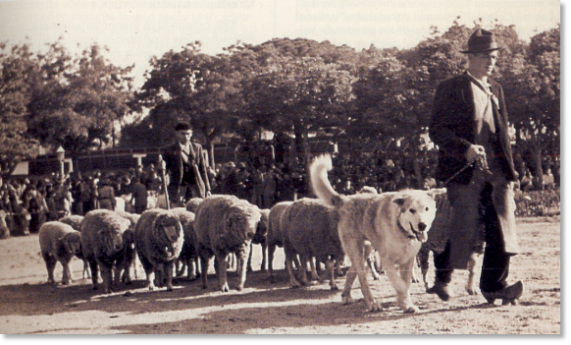 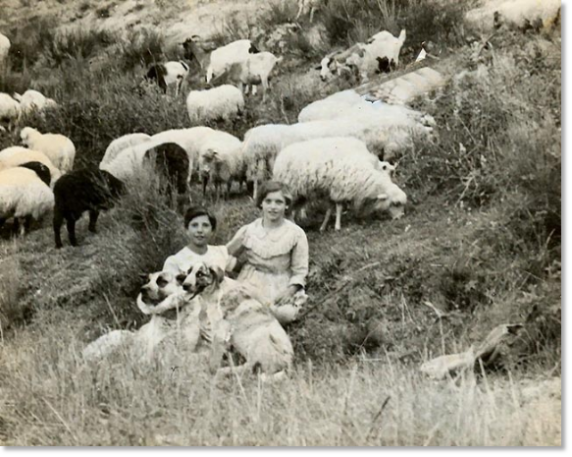 Its origin is located on the peninsula linked to the transhumance in the Middle Ages and well before, accompanying the great herds in their seasonal displacement from the mountains of Leon and Soria to Extremadura and from the Pyrenees to the Ebro valley, with the function to guard and protect livestock from predators and thieves. 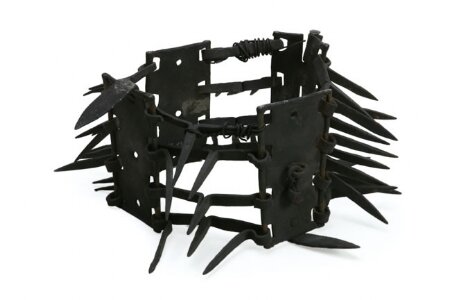 Photo of a CARLANCA: Collars widths of iron or leather spiked to the outside
Due to the abundance of bears and wolves each herd was accompanied by several mastiffs that warns barking and also they defended as this large and massive dogs face up to the big predators, for this helped them by putting on his neck “carlancas”  to protect its weakest part avoiding the fierce bite them.

Evidence of the importance attached to these dogs is that they were looked after carefully, they should be given the same ration of food to the shepherds, the theft of a mastiff was fined with five sheep and was obligatory to return all lost mastiff being unlawful its possession.
The Pyrenean mastiff for centuries has not only accompanied the herds in transhumant routes of Aragon but has been used to guard their herds, properties and families in the area of the Pyrenees in Aragon and Navarre, becoming over the time in an important part of Aragon life, with the names “Mostín, Mostín d’Aragón or Mostín dell Aragó” 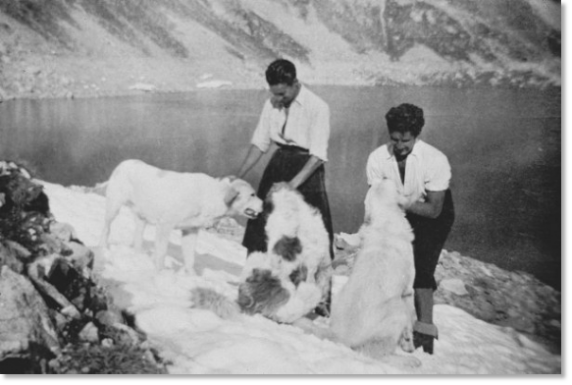 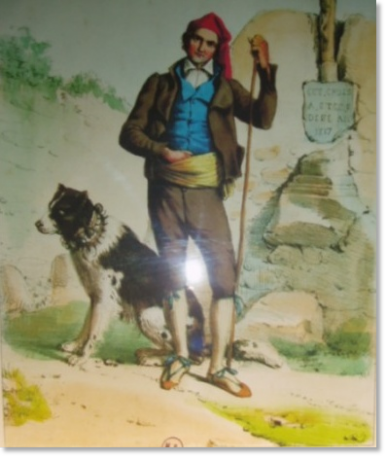 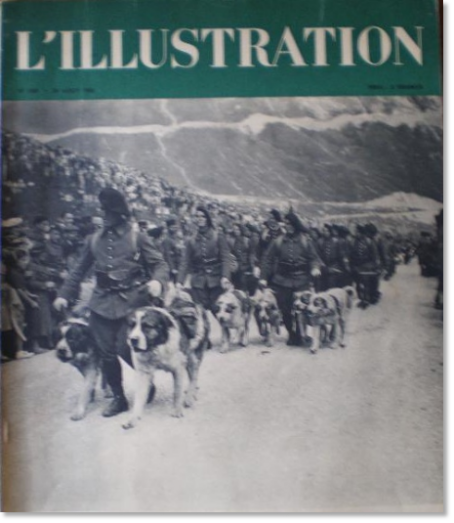 A mid-twentieth century the use of these great dogs dropped to almost disappear, motivated in part by the loss of its primary function to lower the number of wolves and bears, on the other part, during the Spanish civil war and economic crisis that affected the country to maintain these animals became a luxury few could afford. The number of Pyrenean Mastiffs decreased in a manner that endangered the survival of the race.
Since the 70’s the race has been recovered thanks to the work of a small group of passionate people, from specimens found in the field gathered enough characteristics of the breed.
This group of amateurs founded in 1977 the Pyrenean Mastiff Club of Spain and has been thanks to their dedication and effort that now the race is recovered, is known and respected internationally, has spread to Europe, America, Asia and Australia; being possible to find breeders in Sweden, Norway, Finland, Germany, Switzerland, Austria, Belgium, Holland, Italy, France, Portugal, Czech Republic, United States, Japan, Canada, etc.
In 2002 the Government of Aragon recognized the Pyrenean Mastiff as a canine breed originating in Aragon, granting official recognition as element of the historical, cultural and socioeconomic heritage of Aragon.