Go to content
THE BREED PYRENEAN MASTIFF
ORIGIN AND HISTORY
The origin of the Pyrenean Mastiff breed, the large faithful guardian dogs, traditionally used to protect homes and herds. 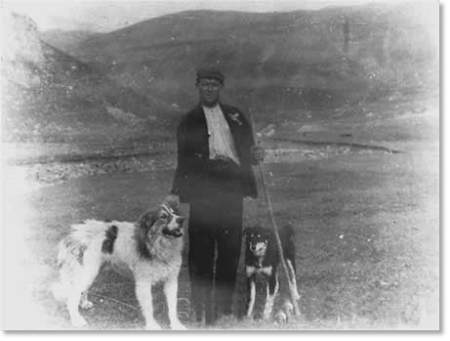 DESCRIPTION AND CHARACTER
The Pyrenean Mastiff is a strong and large dog, white with a mask and spots, with an extraordinary character which stands out for its nobility, they are guard and family dogs.

BUY A PUPPY
Tips and considerations to keep in mind before buying or adopting a Pyrenean Mastiff puppy. This giant is right for you? 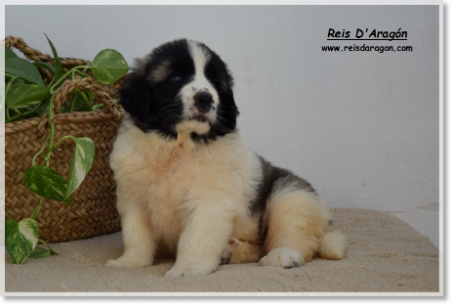 CARE OF THE PYRENEAN MASTIFF
It is convenient to know the care that Pyrenean Mastiff dogs need before incorporating them into our family.

FCI OFFICIAL STANDARD
The Pyrenean Mastiff breed standard approved by the Federation Cynologique Internationale provides detailed information on the breed and is a description of the ideal animal. 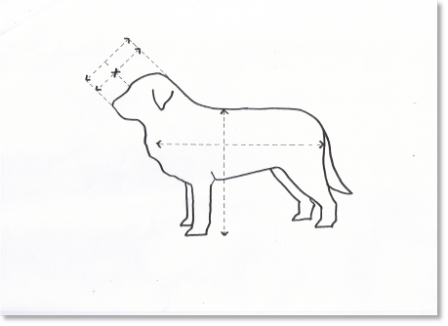 OUR PYRENEAN MASTIFFS
Here you will meet our Pyrenean Mastiffs, the breeding males and females that make up the Reis D'Aragón family.

OUR CHAMPIONS
Our champion titles obtained in dog shows.

REPORT PUBLISHED IN THE JOURNAL
"LA ILUSTRACIÓN ESPAÑOLA Y AMERICANA"
YEAR XXIII, NUMBER 32. MADRID, AUGUST 30, 1879.
"The lad has mounted and the mules galloping down the hill to find the true level of life, regular pressure of the atmosphere, natural air. The establishment spa houses disappear in a sudden turn: Panticosa is a reminder: a few days and end of spring we have experienced in this country petrified: soon envelop the peaks of the Pyrenees in their blankets of snow, I pity those who spend all year in these barren heights. The summer sees these mountains, but staying here since late September to June is equivalent to winter in a straw. 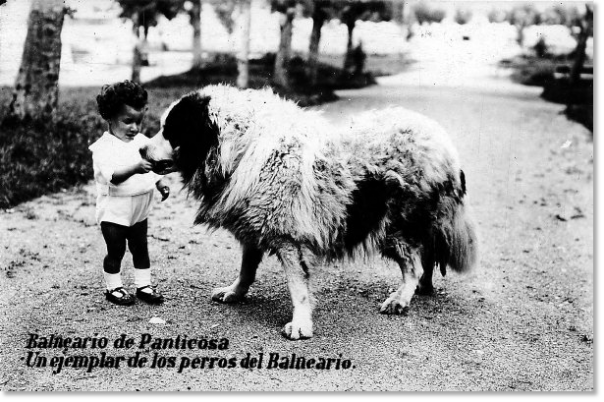 Photograph courtesy of: Rafael Malo Alcrudo
Upon exiting the spa, we said goodbye to friends who were still finishing their season care, and gave some affectionate pat on the back woolly of Serrano, formidable and beautiful mastiff, white and cinnamon, with León and Sultán shares custody of these mountains throughout the year. Serrano is not an ordinary dog, but their appearance, despite being handsome, is not significant between the beautiful breed of mastiffs in the Aragonese Pyrenees; to prove it, I will relate a true episode in its history, such us has referred to us person who be worth full credit.
Last winter was very cruel and extremely deadly to cats of the establishment; only one survived to their peers, through the horrible crisis of the cold and hunger, mercy the munificence of Serrano, who saw him exhausted and weak, not only feed him with a part of its ration, but had the patience to get to the sun when he did, taking him in his huge mouth, and by withdrawing a war place as soon as the sun set.
The friendship of men tends to be more selfish, and rarely which has secured his ration remembers his neighbor.
It is true that among us has given the example of an individual who complained about not having friends, and gradually died in defiance of all of them.
We find the beatiful ideal of frendship be as well treated as was the cat dying by the Mastiff of Panticosa."
FRAGMENT OF A STORY PUBLISHED IN "ESPAÑA MÉDICA".
Madrid July 1, 1919
" To go into the house, through the large gate, on pain of dealing with a fierce mastiff that, chained, is stretched in the hallway, covering the way, it is necessary before giving some blows with the doorknocker, the same as hammering; then the dog will bark, a little old lady voice will be heard from above, high-pitched and rickety, typical in her intonation, asking: Who? Who is it?" Once answered, the dog will be ordered to be quiet, the maid will come out, open the gate well, and you can already go into ...
... because the tremendous dog was of surly breed, furious mettle, legitimate Pyrenean mastiff. "
Author: Amalio Andueza 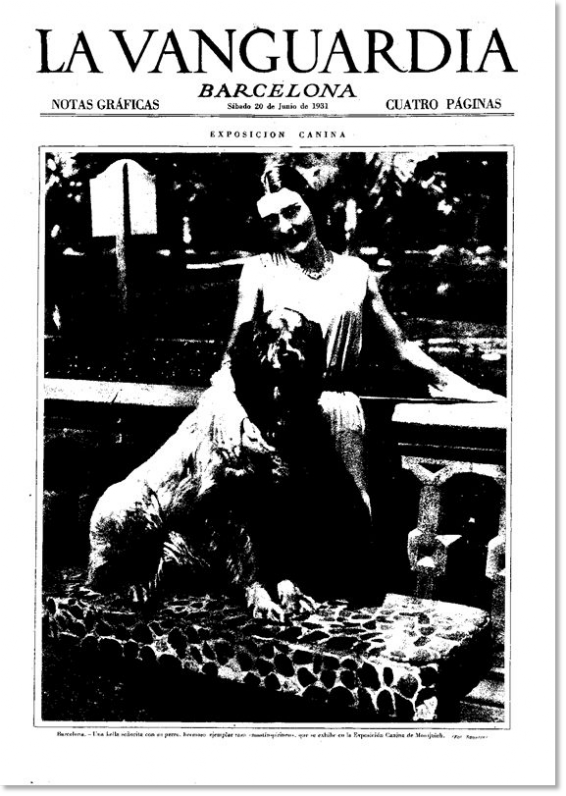 June 20, 1931. Caption: A beautiful young lady with her dog, beautiful specimen of breed "Pyrenean-Mastiff" which is displayed at the Dog Show in Montjuich.
EXTRACT FROM "LA ESCARCHA SOBRE LOS HOMBBROS" BY LORENZO MEDIANO, WRITER BORN IN ZARAGOZA.
Novel set in the isolated valleys of the Pyrenees, in the 30s
"Forty or fifty years ago there were not submissive dogs, this breed of shepherd dog small, shaggy and intelligent, who leads the flocks of an order of the shepherds.  In the past, to help in their profession, the shepherds only had the Pyrenean Mastiff, fierce guard of the flock against wolves and thieves, who had protected their neck with a carlanca with nails. However, as there are fewer wolves, pastors today appreciate unless this faithful guardian.
The work currently carried out by the submissive dogs before was made by the repatanes, children between seven and twelve years old who spent the day running around the flock as the shepherd ordered them”
BIBLIOGRAPHY
MASTIN DEL PIRINEO Bodas de Plata... sudor, sonrisas y lágrimas. CLUB DEL MASTÍN DEL PIRINEO DE ESPAÑA
El Nuevo Libro del MASTÍN DEL PIRINEO. Rafael Malo Alcrudo. TIKAL Ediciones.
Mastín del Pirineo. Christina de Lima-Netto. HISPANO EUROPEA
Like this page? Share it with your friends
Back to content