ORIGIN AND HISTORY OF THE BREED JACK RUSSELL TERRIER

The Jack Russell Terrier is a canine breed originating in the United Kingdom, its origins are in fox hunting.

This breed of dogs is named after the Reverend John “Jack” Russell (1795-1883), who is considered the “father of the breed” because he laid the basis of the Jack Russell Terrier.

He was a breeder passionate of dogs, especially working terrier, and fond of hunting fox, very practiced in the county of Devon where the reverend lived.

As a student at Oxford he bought Trump, a female fox terrier that to the reverend responded to the ideal prototype of a working terrier. This little dog would be the founding female on which he would begin to breed a line of terriers fox hunters that would be known as “Jack Russells”.

John Russell began to cross hunting dogs, especially terrier of different breeds. The aim of his breeding was to improve the aptitude of the specimens, looking primarily the functionality. He was not worried about homogenizing the physical appearance but getting a line of ideal dogs for burrow working.

They were characterized by:

Although the breed has its origin in the United Kingdom, Australia was the country that most contributed to its development and international recognition.

There is information about specimens who came from United Kingdom to Australia, from the nineteenth century. Since the 60s several specimens were imported who contributed significantly to the breed.

The Jack Russell Terrier Club of Australia was formed in 1972. They started a registration system and wrote a formal standard for the breed. 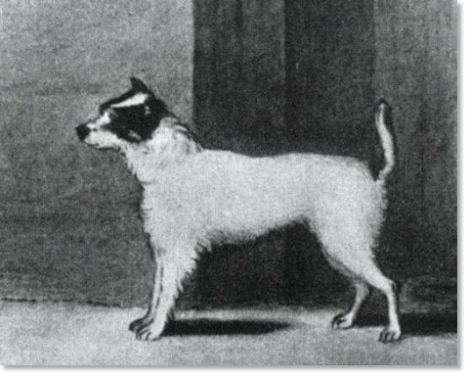